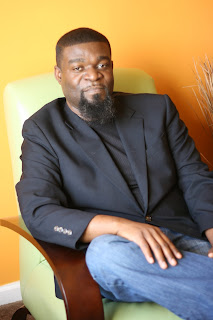 Founder & Overseer
Perry .K. Maison, An Ambassador of the Kingdom of God, an ordained minister and an Apostle of the LORD JESUS CHRIST.  He is an author, a strong Prophetic voice, and a Prophetic Intercessor to the Body of Christ. He is a graduate of Grace Bible College in Morrisville, North Carolina. He holds a degree in Biblical Studies as well as Ministerial Services.


Despite Perry's scholastic endeavors, he only ascribes his ministerial successes to his unique relationship with His best friend, God Holy Spirit. He is also the Overseer of Shekinah Glory International Inc. Perry's ministry has taken him to several countries such as Ghana, Africa; London, England, Switzerland, France, and different states in the United States of America where he currently resides since 1995.
Perry was saved in August 1988 at the age of 17yrs.  Three months into his new birth experience he was radically invaded by the Spirit of God which set him on this glorious path. He is married to Michelle Maison and has four daughter’s.
His passion has always been knowing the HEART of the FATHER (ABBA) and making HIM known - becoming like JESUS and enjoying a wonderful fellowship with the Mighty Third Person of the Godhead – God Holy Spirit.  He enjoys introducing people to a New FRIEND and companion while helping them create an awareness and sensitivity to God Holy Spirit.

For other upcoming conferences go to http://www.garyoates.com