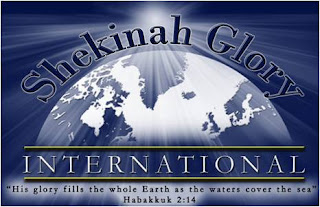 Matthew 25:31-40 - “When the Son of Man comes in His glory, and all the holy angels with Him, then He will sit on the throne of His glory.  All the nations will be gathered before Him, and He will separate them one from another, as a shepherd divides his sheep from the goats. And He will set the sheep on His right hand, but the goats on the left. Then the King will say to those on His right hand, ‘Come, you blessed of My Father, inherit the kingdom prepared for you from the foundation of the world: for I was hungry and you gave Me food; I was thirsty and you gave Me drink; I was a stranger and you took Me in;  I was  naked and you clothed Me; I was sick and you visited Me; I was in prison and you came to Me.’ “Then the righteous will answer Him, saying, ‘Lord, when did we see You hungry and feed You, or thirsty and give you  drink?   When did we see You a stranger and take You in, or naked and clothe  You?  Or when did we see You sick, or in prison, and come to You?’ And the King will answer and say to them, ‘Assuredly, I say to you, inasmuch as you did it to one of the least of these My brethren, you did it to Me.’

We Believe in:
- Supporting Orphanages around the world
- Reaching out to the Jewish people with the gospel of our Messiah JESUS CHRIST
- Feeding the hungry - Clothing the naked - Bring Hope to the HOPELESS

MISSIONS PROJECTS WE SUPPORT AROUND THE WORLD

In December of 2006, 18-year-old Katie Davis from Brentwood, Tennessee, traveled to Uganda for the first time. She was immediately captivated with the people and the culture.  In the summer of 2007, Katie returned to Uganda to teach Kindergarten at an orphanage. As she walked the children home, she was shocked to see the sheer number of school-aged children sitting idly on the side of the road or working in the fields. She learned there were very few government-run public schools in Uganda, and none in the area where she was working. Most schools in Uganda are privately operated and therefore require school fees for attendance, making impoverished children unable to afford an education.  God laid it on Katie's heart to start a child sponsorship program, matching orphaned and vulnerable children who are unable to afford schooling with sponsors anywhere in the world. A gift of $300 will provide allowance for one child to go to school,, providing school supplies, 3 hot meals each day, spiritual discipleship, and medical care. Originally planning to have 40 children in the program, Katie had signed up 150 by January 2008. Today the program sponsors over 600 children.  Shortly thereafter, Katie established a 501(c)(3) non-profit organization called Amazima Ministries International. The organization seeks to meet the physical, emotional, and spiritual needs of the people of Uganda who need it most. In the Lugandan language, Amazima means "truth." Also, Katie became a mother for the first time in January of 2008 to three orphaned girls.  Katie also reached out to the Karimojong people of the Masese community. The poorest of the poor, and losing their children to malnutrition and starvation at an astounding rate, she noticed their desperate need for nutritious food. She started a feeding program to the community, nourishing over 1,200 children Monday through Friday. This allows the children to attend school and therefore not go to the street to beg. Also provided is medical care, Bible study, and general health training.  As friendships developed with the Karimojong people, Katie wanted to help the women in the village provide for their families. She initiated a self-sustaining vocational program to empower these women to make unique Ugandan magazine bead necklaces. They are also taught money management skills. The necklaces made by the Karimojong women are purchased and sold in the United States.  Now the mother of 13 daughters, Katie offers, "People tell me I am brave. People tell me I am strong. People tell me good job. Well here is the truth of it. I am really not that brave, I am not really that strong, and I am not doing anything spectacular. I am just doing what God called me to do as a follower of Him. Feed His sheep, do unto the least of His people."

In September of 2007, Renee Bach at the age of 18 left her home in VA and traveled to Uganda to volunteer at an orphanage in the town of Jinja. While there, the Lord opened many doors to serve and fall in love with the people; her 6 month stay turned into 9 and her heart was torn by the contrast of her comfortable life in America and the extreme needs of the people she had grown to love. After a prayerful time back in America, she began the process of forming a non-profit ministry that could make a difference to the hurting people of Uganda. In the fall of 2008, Serving His Children became a reality.
During her initial stay in Uganda, Renee helped start a temporary feeding program in the slum community of Masese. She was impacted by the extreme poverty and hopelessness of the people, particularly the beautiful children. When God called her back to Uganda, she knew that this is where she would start. In June of 2009 Renee landed in Uganda and moved into a rented house that only God could provide right in Masese! She made herself available and began to get to know the community through a feeding program at her home for 900-1,000 children two days a week. Word spread quickly that there was help for those in need and the first malnourished child was brought to her door in August. Within a few months she began getting referrals from the Malnutrition Ward at the local Children's Hospital and, once again, it was clear to Renee what God wanted her to do. God gave her the vision for a Malnutrition Rehabilitation Center where not only would children's lives be saved but the hearts of the mothers could be changed as well. In March of 2010, less than a year from her arrival in Masese, Renee began phasing out the initial feeding program and accepted the first child into the Serving His Children Malnutrition Rehabilitation Center which has now been home to literally hundreds of changed lives.
When God called Renee back to Uganda, she knew that He would use her to change lives but what she didn't know was how much hers would change! In October of 2009, a neighbor brought Renee a 10 day old infant who had been found abandoned in the village. From the time she first held this tiny little girl, Renee knew that this child was different than all the others….today Selah Grace is 3 years old and will soon share the last name of Bach!
To read more about Renee's story, check out her personal blog at www.servinghischildreninuganda.blogspot.com

When you give $77, you’ll get Sid’s book, They Thought For Themselves — plus, they will send 7 copies to Jewish people to reach them with the good news. Over 1 Million have now been sent!

Sid Roth, a former account executive for Merrill Lynch, was raised in a traditional Jewish home. Yet, religious tradition provided no answers when he hit rock bottom in 1972. With his life out of control and his marriage in shambles, Sid was set free from demonic oppression through a supernatural encounter with Jesus. Immediately, he began to boldly proclaim Jesus as the Jewish Messiah. In 1977 Sid started a ministry called “Messianic Vision” and a nationally syndicated radio broadcast by the same name. But the Messianic Vision is more than a ministry or a program; it is a desire to reach out with the good news of the Messiah, “to the Jew first” (Romans 1:16). This is not just God’s historical order for spreading the gospel, but also His eternal spiritual order. When we follow this “law of evangelism,” God opens a supernatural door to reach Gentiles as well. God’s heart is to reach all people. His strategy is “to the Jew first.” Read more. Follow Sid on Twitter.

For other upcoming conferences go to http://www.garyoates.com